Every week, over 25% of Internet users worldwide play online games, which amounts to over 200 million people. This number is growing at a rate of almost 17% each year.¹

To continue to fuel the growth of online games for users and as part of our ongoing efforts to develop new ways for publishers to earn revenue, Google announced today the availability of AdSense for Games™, a program that integrates video advertisements into web-based games, complemented by text and image ads. The program helps advertisers reach its audiences in new ways. Google is working with select game developers and publishers including Konami, Playfish, Zynga, Demand Media, games network Mochi Media, as well as beta advertisers such as Esurance, Sprint, and Sony Pictures.

With this program, advertisers can now reach the growing number of gamers who are engaged in online play. For instance, in anticipation of a sporting event, an advertiser can use the technology of AdSense for Games to feature its logo within that sports event’s accompanying online game and reach its relevant demographic as a result. 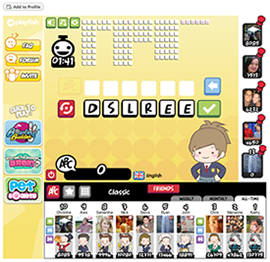 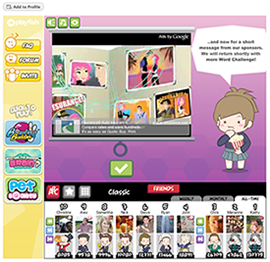 AdSense for Games delivers video ads based on intended placements, as well as image or text ads based on contextual targeting with keywords and tags supplied by developers and publishers. Advertisers are charged on a cost-per-impression or cost-per-click basis, and ad revenue is split between Google and game developers or publishers.

AdSense for Games gives game developers a new way to monetize their games and advertisers additional tools to reach their audiences, ultimately benefiting users by spurring innovation in the online gaming space. AdSense for Games is currently available in beta to select partners in the U.S.